Learn how to love meetings. Sign up for our Loop Lunch December 1st!

What is climate neutrality? 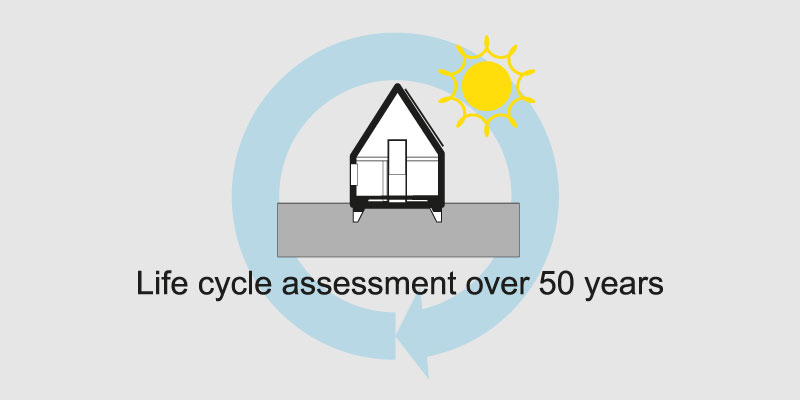 Climate neutrality can include the finished building, i. e. the energy use and generation during operation of the building, or it can have a wider meaning and include the production, and sometimes even the demolition of the building too. We include the production of the building, since that is in our power to improve, but not the demolition. During 50 years of maintenance, the building will produce enough energy to compensate for the greenhouse gas emissions during the production of the building. In order to achieve this, we will focus on three things:
– Designing an energy effective building
– Producing as much renewable energy on site as possible
– Minimizing the greenhouse gas emissions during production
As our society realizes the gravity of the greenhouse effect and starts working more actively on mitigating the effect, the concept of climate neutrality will become more common. There is already a wide variety of definitions, and we are contemplating the possibility of calling our carbon goal something else in order to avoid confusion. What that will be is not decided yet, and suggestions will be much appreciated. 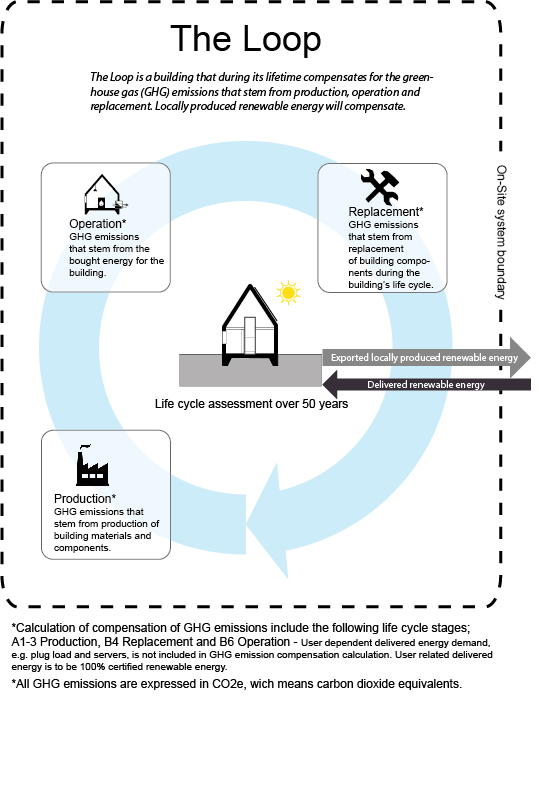