Follow The Loop on LinkedIn to get the latest news about next lunch!

A park customised for a windswept neighbourhood 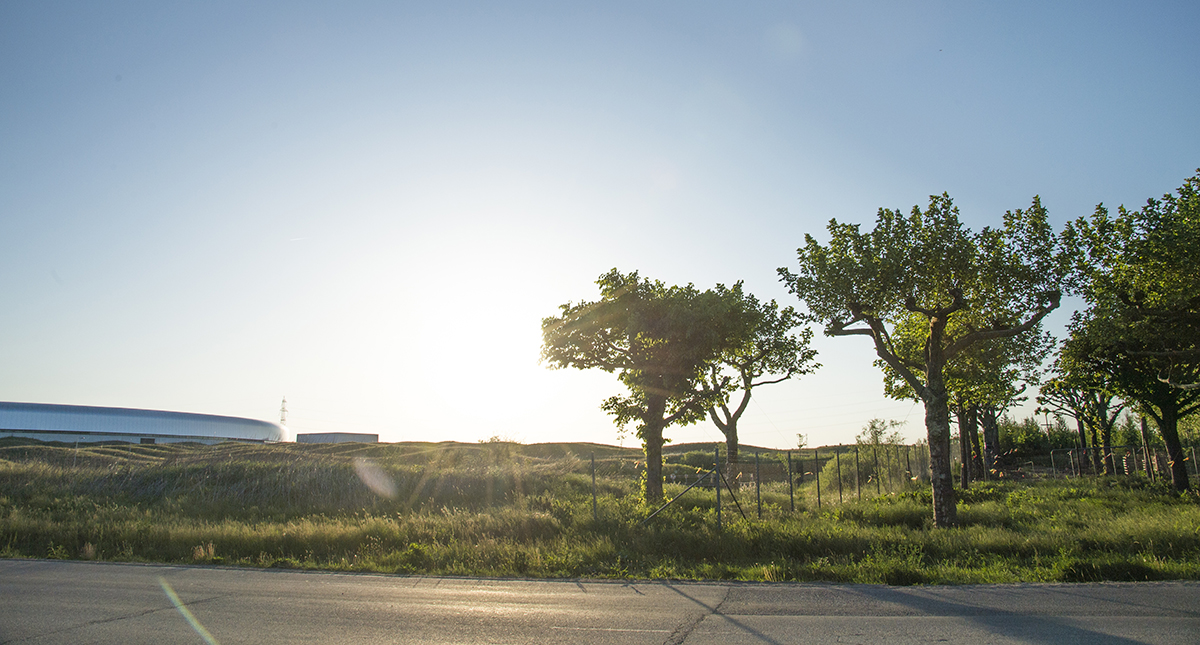 When it comes to wind and weather, the Brunnshög district is a very, very exposed part of Lund. It is windy almost all of the time! Additionally, the people who will be staying here will need a massive landscape element to be able to emotionally anchor the settlement in the landscape – a forest, a lake, a pond or anything substantial nearby.

To achieve this, the Swedish University of Agricultural Sciences, SLU, was commissioned to give the area an identity through vegetation. We have accomplished this by creating The Park of the Winds (Vindarnas park) between the ESS and Max IV facilities. The park covers some six hectares, and in 2014 we planted a total of 30,000 plants of 60 different species here.

An incentive for researchers to get outdoors
An explicit purpose of the park project is to provide visitors with an opportunity to socialise and test their ideas on each other – in an environment that differs entirely from what the research facilities and the other buildings in the area will offer indoors. Thus, the park will be an incentive for the researchers to get outdoors, also for something as simple as getting a bit of fresh air. Here they can meet and perhaps cross-pollinate the specialities in their respective disciplines.

The Danish pioneer of hedge plantation and other wind shelters in the landscape, Frode Olesen, has been a vital source of inspiration in our work. One of his insights is the risk of a dense forest edge merely lifting the wind you want to protect yourself from, and the wind then falling again where you think the trees would shelter you. To avoid this risk, the park consists of different types of exposed areas with open and closed spaces in a pattern based on intervals, and with edge zones open at the base. This will “trick” the wind into the park where it is then decelerated.

Three different patches
The park has three patches. Nearby the buildings it resembles a garden, for example by its various forms of cultivation. The middle part consists of a central park patch crossed by a cycle path. At the outer edge, there is a wilderness-and-adventure trail for both children and adults. The vegetation here is more robust and, in principle, it is intended to take care of itself.

The entrance to the park is adorned by the 75-year-old plane trees that were moved there from the Clemenstorget square in 2017 to accommodate a tramway construction project. It gave the park a grand entrance that could be further accentuated by pavements, gates and art objects. The cycle path and the footpaths that enter the park will provide further visual guidance.

We have used a particular planting method, where the plants are put tightly together to benefit humidity and microclimate. It significantly reduces cost and provides an excellent establishment result, and the plants seem to be pulling each other upwards.

Of course, plants will be galloped, and we will consciously perform this work to establish “exclamation marks” in the park and to create an exciting contrast between the very dense and the very sparse.

Opens in 2021
So far, the park is fenced and closed – primarily to protect it from deer and rodents. It is scheduled to open to the public in around 2021. However, we have already seen that the park has become a functioning plant environment, where some trees have grown to twice my height.

In many ways, we have succeeded better than anticipated. For example, the magnolia is already thriving. One imagines that it should be a super-sensitive species, but on the contrary, it is a real hardliner. Instead, and quite unexpectedly, the genuinely Swedish species beech tree and hornbeam have had the hardest time surviving.

Roland Gustavsson
Roland Gustavsson is a professor of landscape architecture at SLU in Alnarp, and an international authority on how to construct urban environments with plants. Together with the dendrologist Kenneth Lorentzon, he has designed and established Vindarnas park.